What are Microservices Orchestration Tools?

Think of your Microservices like musical instruments: each one excels at a certain purpose, but it takes arrangement, timing and detailed coordination for them to create beautiful music together. If your application is based on microservices or simply split across multiple containers, it’s time to learn why companies building or maintaining scalable applications swear by orchestration tools.

But before we dive into microservices orchestration, let’s pull back for a little perspective:

Containers represent the natural evolution of virtualization technology. Advances in virtualization proved that “bare-metal” (physical) servers could be efficiently split into multiple, smaller servers known as virtual machines (VMs). Each VM could run a different operating system (OS) — Linux, Windows, FreeBSD, etc. — without having to modify the existing software.

Container technology, conversely, bundles its OS and all the elements needed to run the underlying microservices, such as code, runtime, system tools, system libraries, and settings. In a container scenario, all the moving parts and dependencies across various infrastructure are abstracted away, and thus become less complex for the developer.

Because containers run programs on top of an operating system, the program being executed only consumes the memory and CPU overhead of that one bundle, with a sufficient amount of isolation from the other containers on the same machine. Containers provided developers with many of the benefits of VMs, but with faster deployment times. The greater speed and isolation made them faster to create, boot up and test, making them ideal for the loosely coupled services of microservices architectures.

…Which Brings Us to Orchestration

While microservices containers offer your applications potential increases in both functionality and productivity, they also have more moving parts to configure, coordinate, and, well, orchestrate. That’s where microservices orchestration can help, automating many of the more time-consuming aspects of container management.

As container adoption has exploded, so has the adoption of container orchestration. Orchestration tools talk to the host OS to manage how multiple containers are created, upgraded and made available. The rich functionality, simple tools, and powerful APIs make orchestration a favorite toolset for Continuous Integration (CI) and Continuous Delivery (CD) workflows.

No matter how you deploy your containers — whether on bare metal or within virtual machines — running multiple containers across multiple servers requires a level of DevOps resources that your organization might not be prepared to supply. Orchestration helps fill the gap, offering a variety of services that allow developers to better track, schedule and operationalize various containers at scale.

Adding microservices orchestration to your architecture:

If a container strategy is your company’s chosen path, orchestration tools can make life a lot easier.

Created by Google, Kubernetes tends to be the default solution for automating application deployment, scaling, and management. It’s open-source and provides key features out of the box, including means to scale workloads up and down, service discovery, and sufficient networking capabilities to connect microservices.

As per the name, AKS is a managed Kubernetes container orchestration service in Azure that simplifies Kubernetes cluster management, deployment, and operations.

Apache Mesos allows developers to run both containerized and non-containerized workloads in a distributed manner. It’s perhaps best known for its ability to support diverse types of workloads, including big data and cloud native apps. Unlike Kubernetes, a pod abstraction isn’t available — yet.

Conductor is a service created by Netflix to orchestrate their microservices based process flows in the cloud. They’ve since released it as an open source solution. 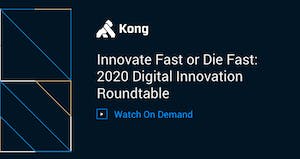