**As of December 2021, Kong Gateway has now released our 2.7 version! This release of the Kong Gateway includes a number of important features that serve as a foundation for addressing API security and compliance.**

Today, we are proud to announce the general availability (GA) of Kong Gateway 2.6! Kong Gateway 2.6 brings some of the most requested features by users and customers to date. Be sure to upgrade or try out a fresh install today!

Kong Gateway 2.6 compatible releases will be available with Konnect, our SaaS platform, shortly! Read on for more details of the included functionality.

Kong’s gateway has a multitude of features to help you secure, govern and decentralize your APIs and help create a great developer platform for publishing and consuming those APIs. One aspect of this that sometimes goes unspoken is how even a single API can have a variety of uses, each with its own special needs.

Consider an API that is used by both a thick desktop client and a mobile application: in the latter, you may need to have a much lower bandwidth experience by only displaying some necessary information.

With the release of Kong Gateway 2.6, we’re now introducing a powerful transformation mechanism called the jq plugin, which allows you to use the same upstream API for various API consumers. This plugin uses jq syntax, a fairly industry-standard program, to transform either the incoming request or the outgoing response as needed. You can use the jq plugin to:

The jq plugin can take a “piped” list of transformations, allowing you to run multiple transformations in a single run. This opens up to a ton of powerful capabilities that allow API and infrastructure reuse for various end users and applications. We’re really excited to see what our customers do with it! The jq plugin is being released as part of a Konnect subscription.

The Kong Gateway has two plugins for integration with Kafka: the Kafka Upstream plugin and the Kafka Log plugin. As the documentation states, both of these have relied on lua-resty-kafka under the hood. However, that package has since grown very old, and it shows in its lack of support for modern Kafka features.

With Kong Gateway 2.6, we’ve modernized the library and brought great new enhancements to these plugins. Notably, these plugins now support TLS and various authentication methods like mTLS, SASL/PLAIN, SASL/LDAP, SASL/SCRAM-SHA-256 and SASL/SSL (delegation tokens). These features have been some of the most requested features for the Kafka integrations by our customers, and we’re excited to bring them to you today! 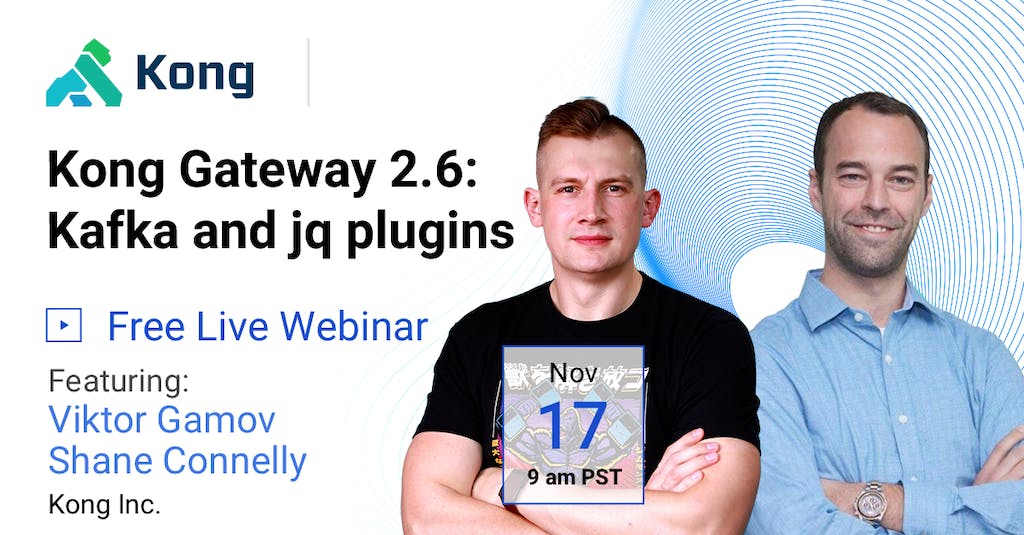 At the core of the Kong Gateway is a highly performant engine, and with this release, the gateway is even moreso. Based on a series of improvements we’ve made, our performance tests indicate a 12% increase in average requests per second and also a significant reduction in average latencies!

While this is already an incredible improvement, we expect to continue to improve the performance over time as we use our performance benchmarking framework to isolate areas of improvement.

Kong Gateway 2.6 contains a number of additional improvements as well:

We’re thrilled to be able to share this latest release with you, and we’re proud of the contributions from Kong employees, our awesome customers and our great community! This is just a small sample of what is new in 2.6: for a full list of changes, have a look at our Changelog.

Kong Gateway 2.6 is available today as a free download .  Let us know what you think!

Join us for a demo and walk-through of some of the most powerful features in Kong Gateway 2.6.

Register for the live webinar 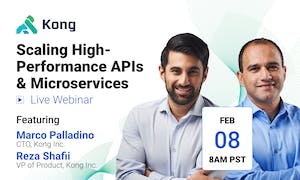